JSC “Balticovo” participated in the business forum, presenting the company as the leading producer of eggs and egg products in Northern Europe to a wide audience. During the visit, several companies with whom discussions were held were visited about the possible future cooperation, as well as participation in the contact information exchange after the conference took place, during which we managed to get acquainted with several parties interested in “Balticovo” products. The company representatives also met with the Korean Import Association (KOIMA) and cooperation has begun with the representatives of this organisation to increase the opportunities to start exporting eggs and egg products to Korea in the near future. Thanks to the composition of high-level state officials in the delegation, the officials of the Korean government also managed to point out the most important barriers to exports, which are planned to be reduced soon. 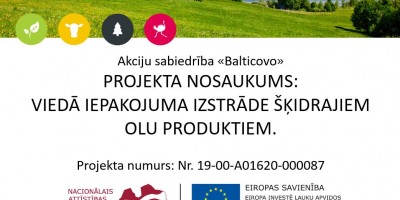 The issue of long term preservation of food quality in logistics chains is becoming increasingly topical nowadays, as well as the issue of simpler, easier and more interesting use of food products and/or receipt of the information on the products. Care for reduced amount of food waste and packaging. Packaging preserves the product from physical impact, exposure to secondary contamination, temperature of the surrounding environment, ultraviolet radiation, microbiological damage and other external factors. 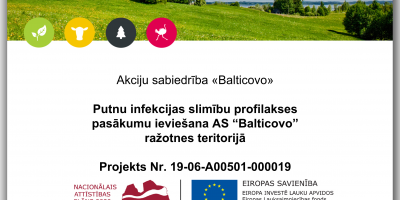